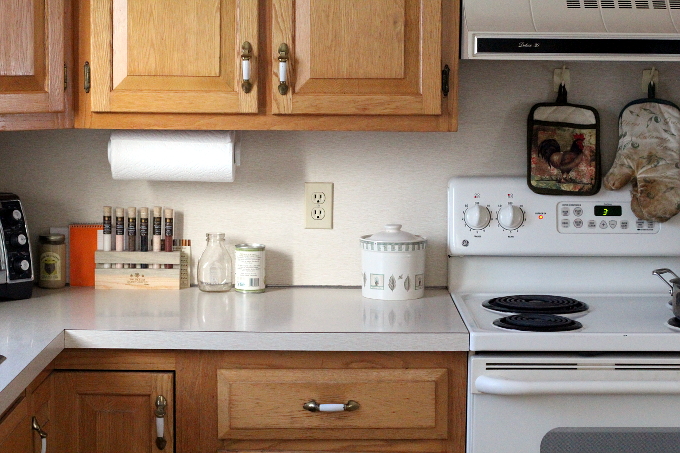 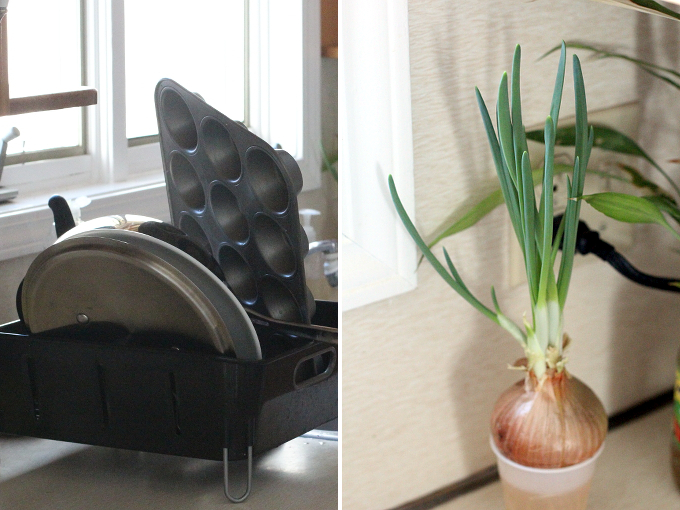 My corner // we live in a rental right now so sooner or later we’ll move on from this place. When that happens, I will miss our cozy kitchen, and the natural light that we get plenty of in this house. 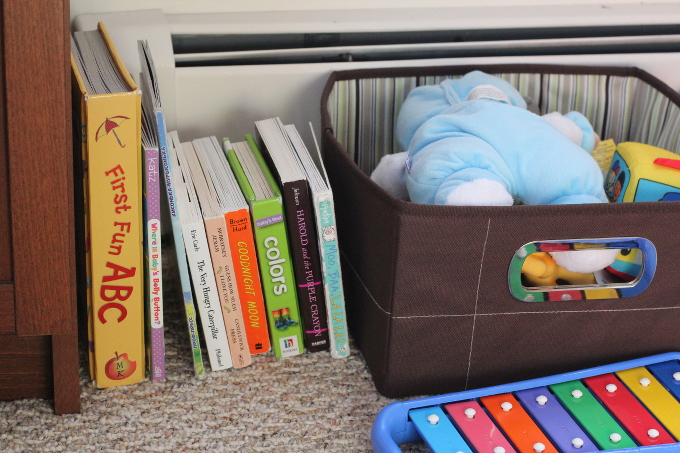 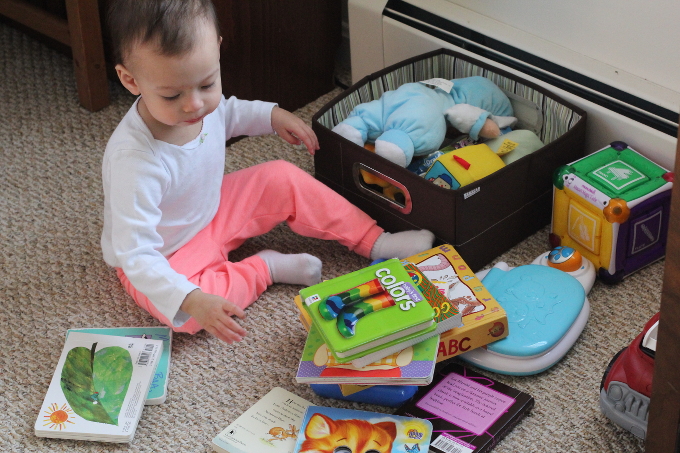 E’s corner // nice and neat while she was napping. The second picture shows how it really looks most of the day (and she was just getting started).

This morning I saw one of my friends on Facebook making cheese muffins with her daughter and thought that it was a great idea. We needed a mid-morning snack so it was a good time to whip up a batch of savory, cheesy muffins. I threw in an apple for an added twist. They came out moist and fluffy with just a hint of sweetness and cinnamon. E polished one off in record time, and kept eyeing the ones cooling on the table. I enjoyed a couple myself with a hot cup of tea when the little boss took a nap. I think this one’s a keeper. 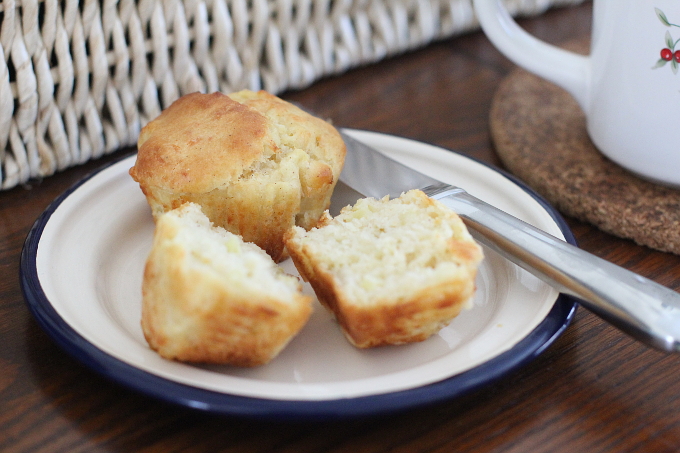 – Beat egg, milk, oil, and apple in a separate bowl.

– Bake for 18-23 minutes, until light golden brown and tops spring back when lightly pressed.