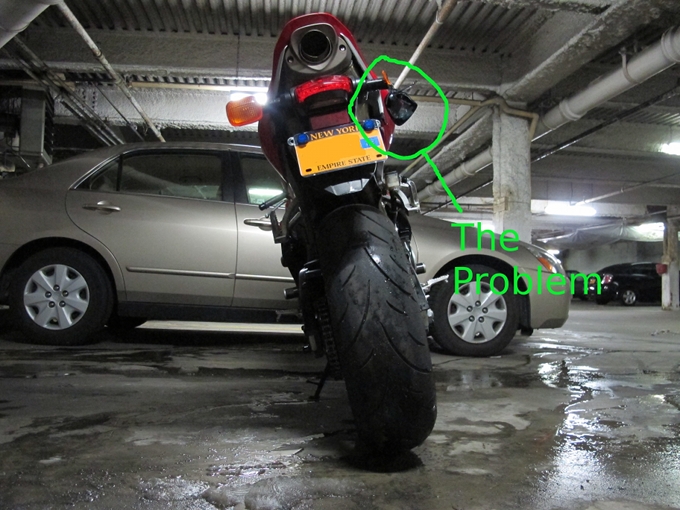 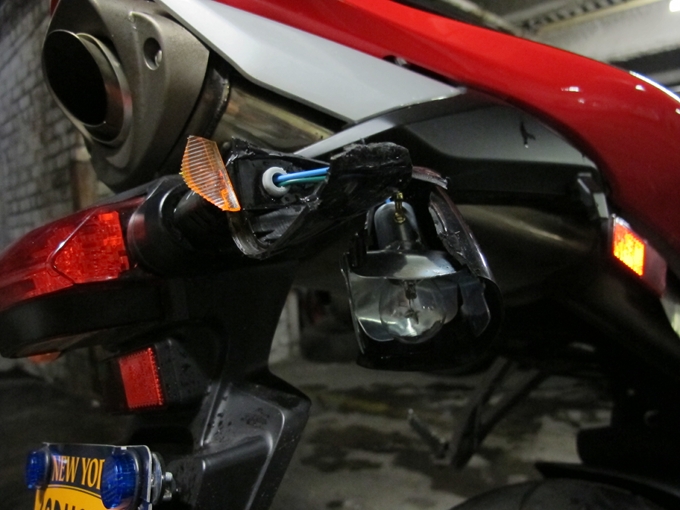 The signal base and lens both shattered. Surprisingly, the light bulb survived.

I went to MotoSport.com and ordered the following parts:

I didn’t order a bulb, intent on scavenging the one from my smashed up turn signal. 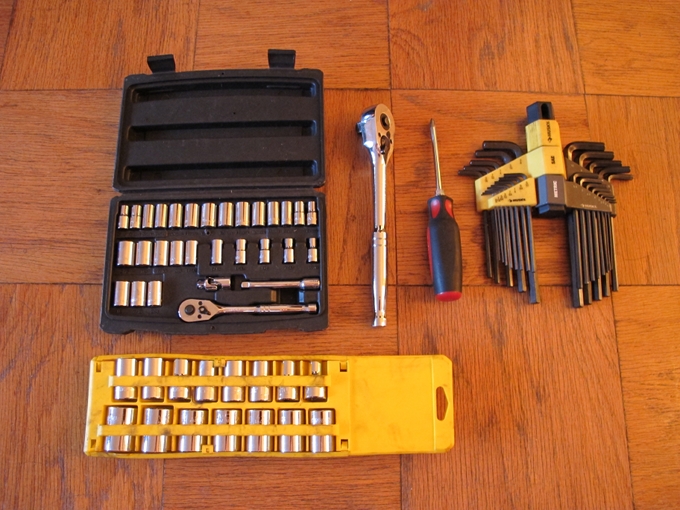 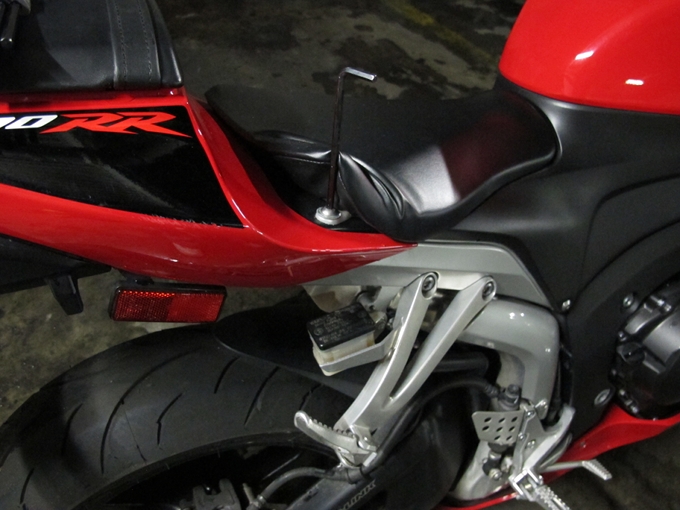 Start by removing the two screws and washers located behind the seat. Use the 5mm Allen. You will have to push up on the seat corners in order to gain access to the screws. 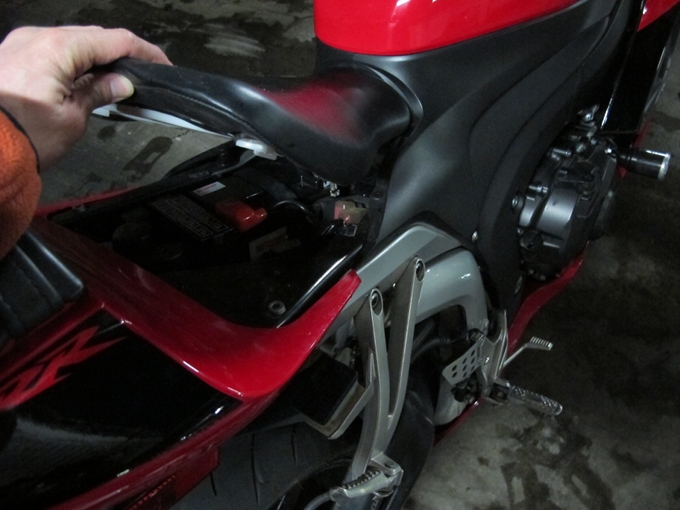 Pull the seat rearward to remove it. 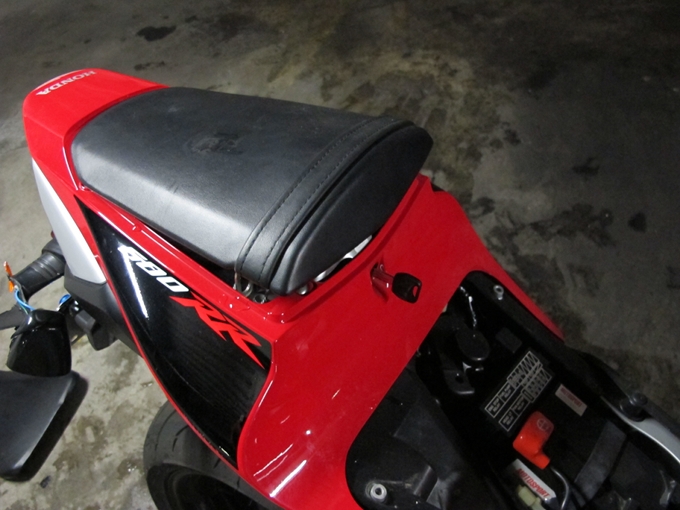 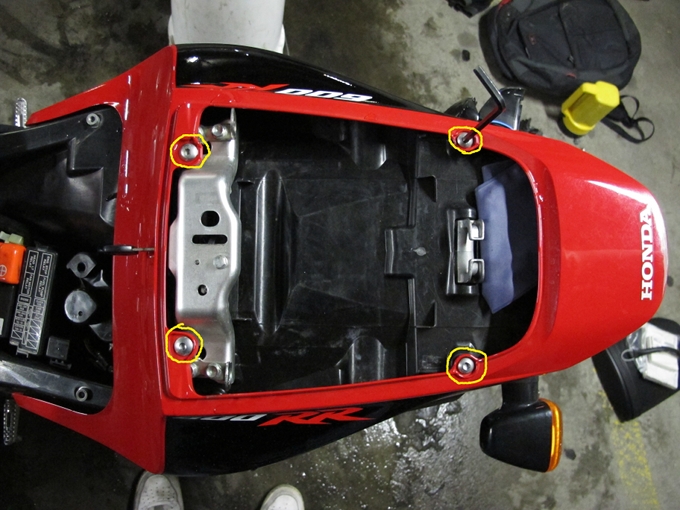 Using a 5mm Allen, remove the four screws circled in yellow, which secure the rear cowl. 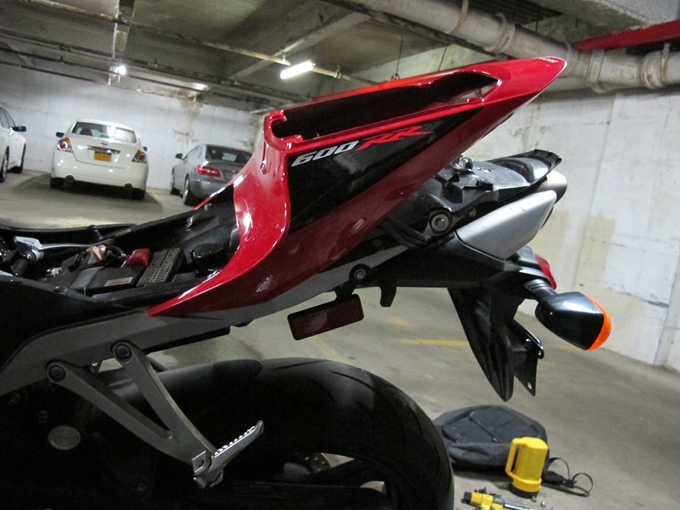 Pull the rear cowl up and out to remove it. 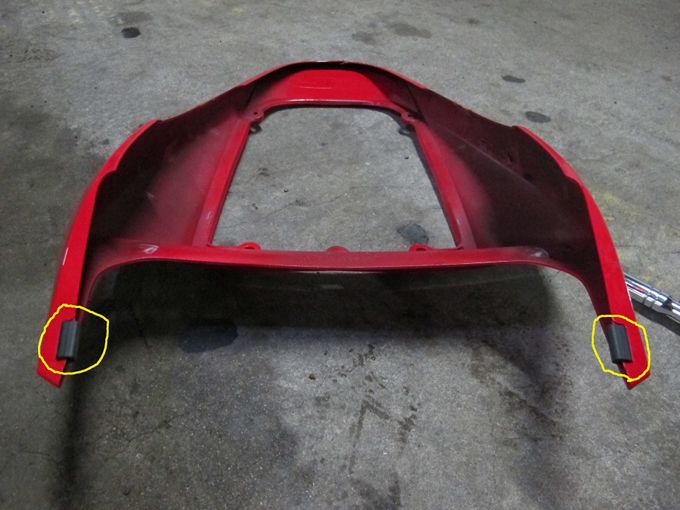 Make sure not to lose the two small rubber fittings attached to the rear cowl. 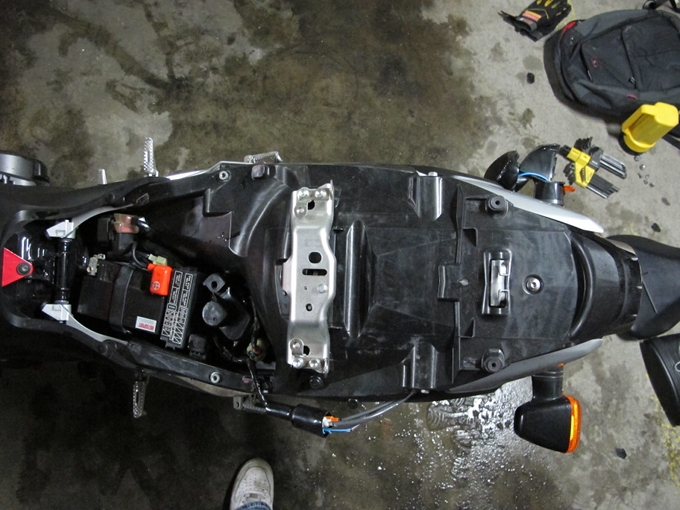 View with the seats and cowl out of the way. 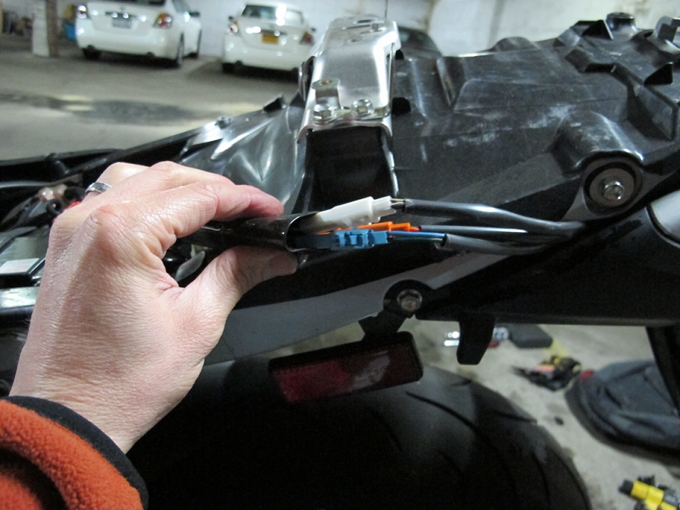 Locate the wire bundle, and push the water shield out of the way to expose the electric light connectors. 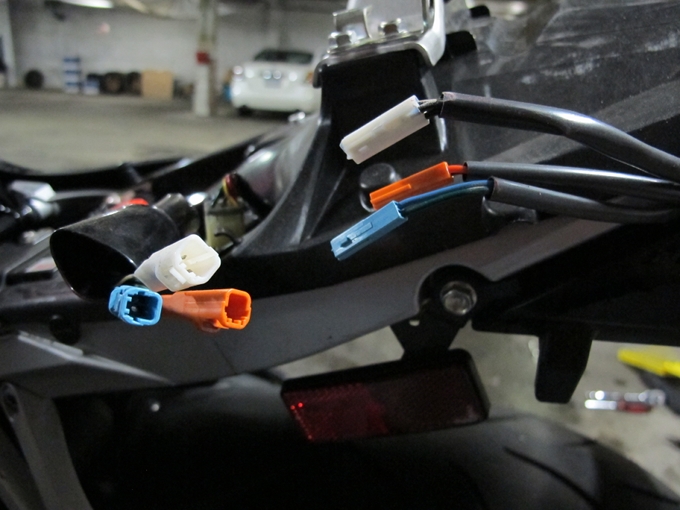 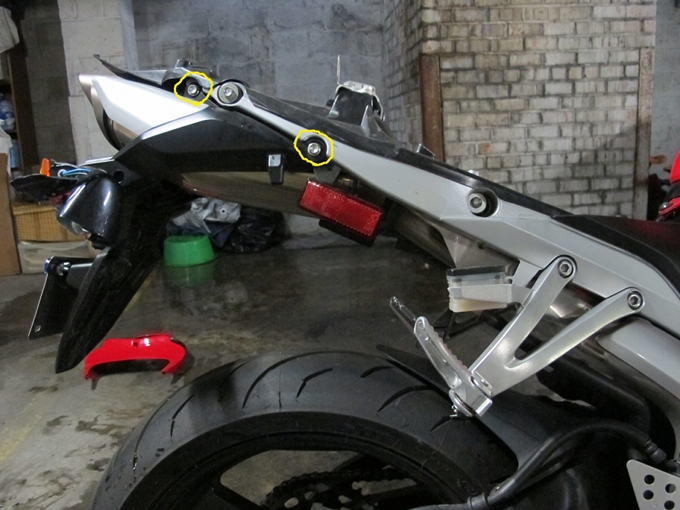 Walk over to the right side of the bike. Use a 10mm socket to remove the two rear fender A bolts circled. 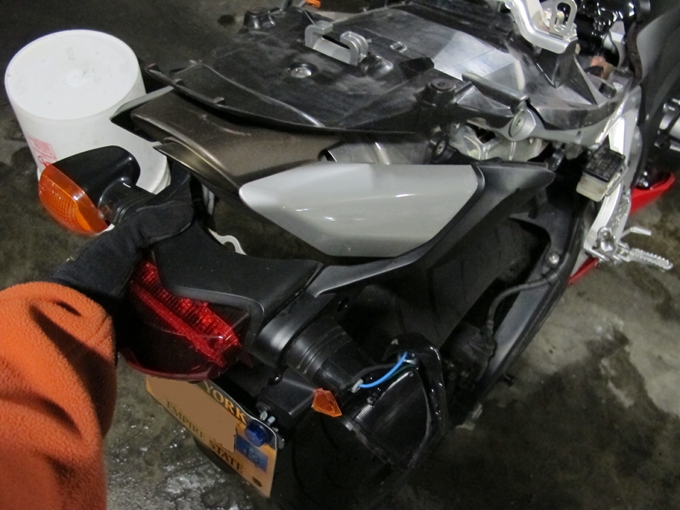 Now remove the same two bolts on the left side. Take the front bolt (the one holding the side reflector) off first. When almost done removing the rear bolt, support the rear fender A with one hand so that it doesn’t drop when the final bolt is removed. Pull the rear fender A assembly out. 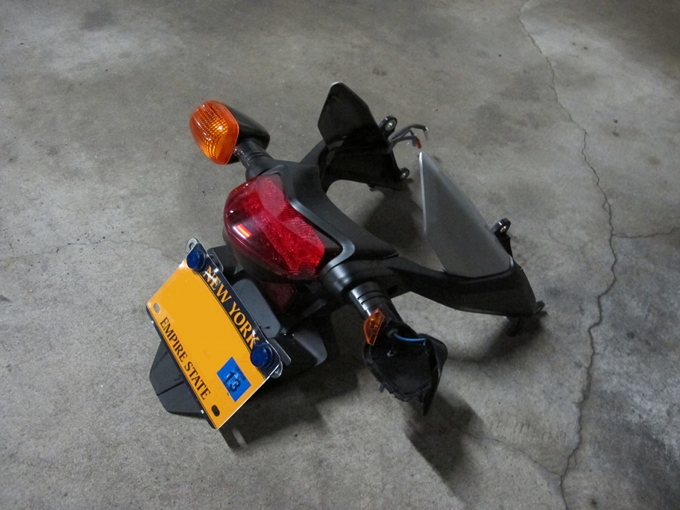 The rear fender A assembly, which houses the rear turn signals and tail light. I was looking forward to getting it removed, because now I can take it home to continue working. Home, where it’s warm and light. It’s a 20 degree February day, and my building garage is dark, wet, and unheated. 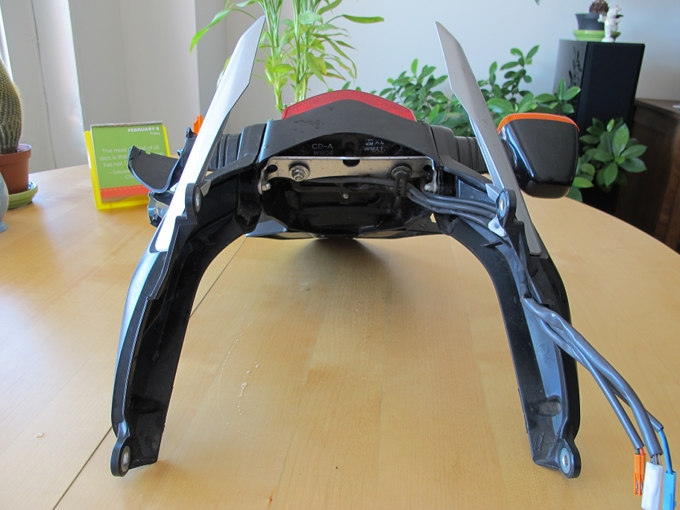 Rear fender A, inside view. 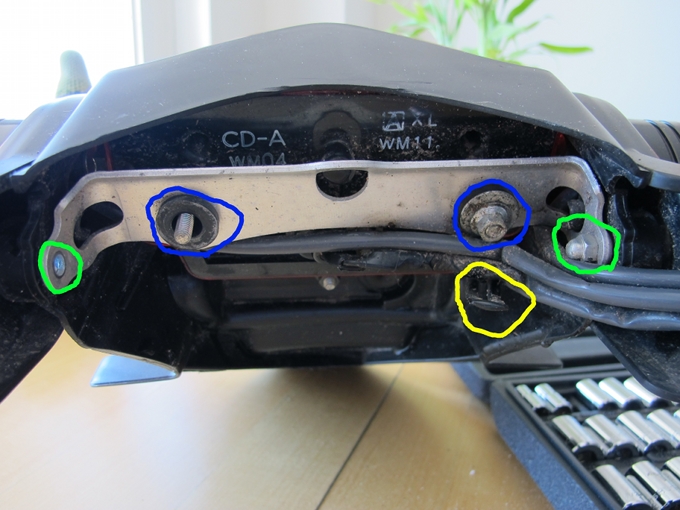 Use a Phillips screwdriver to loosen this screw and release the cables. 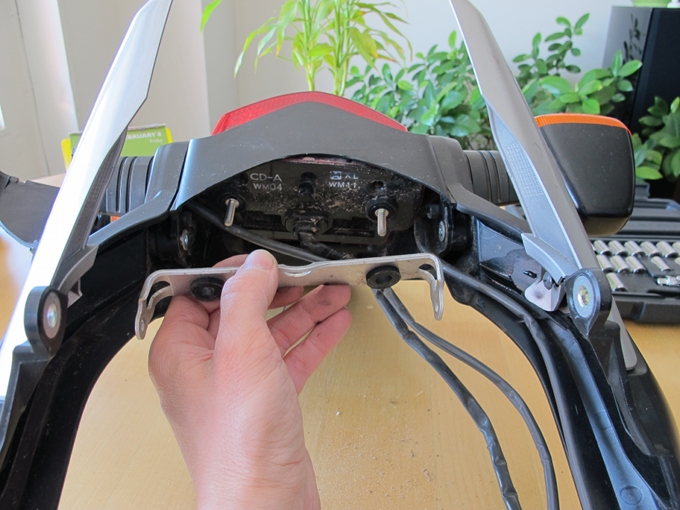 Pull out the center plate and brake light. 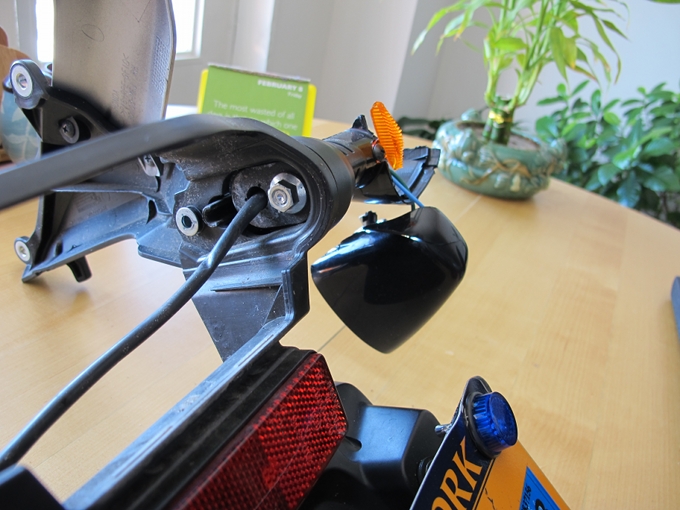 We now have the access we need to remove the nut that secures the broken turn signal. Use a 10mm socket. 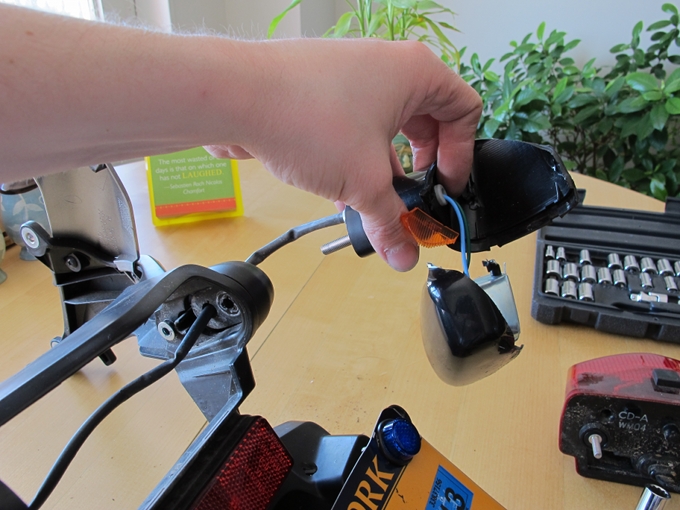 Out with the old. 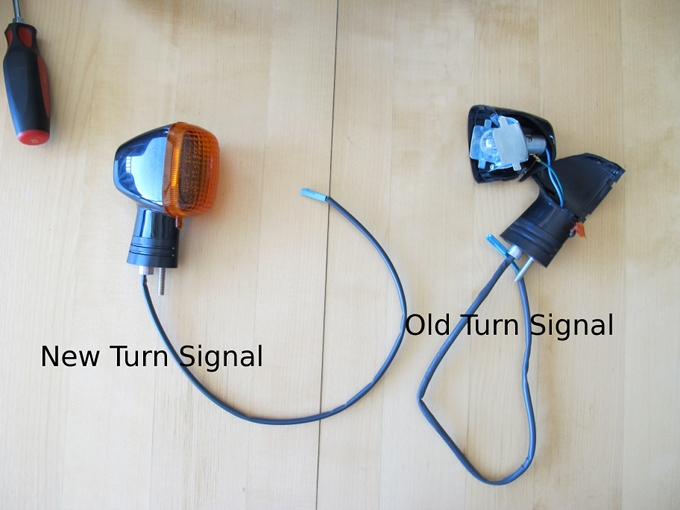 For a brief moment, they are face to face: The young warrior and the old, broken down old man. 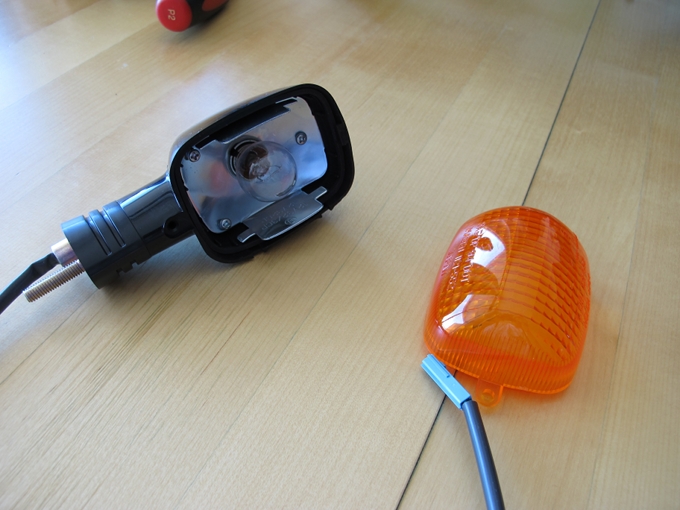 I use a Phillips screwdriver to remove the new turn signal lens and move the bulb over from the old signal. A light push and twist both releases and secures the bulb. 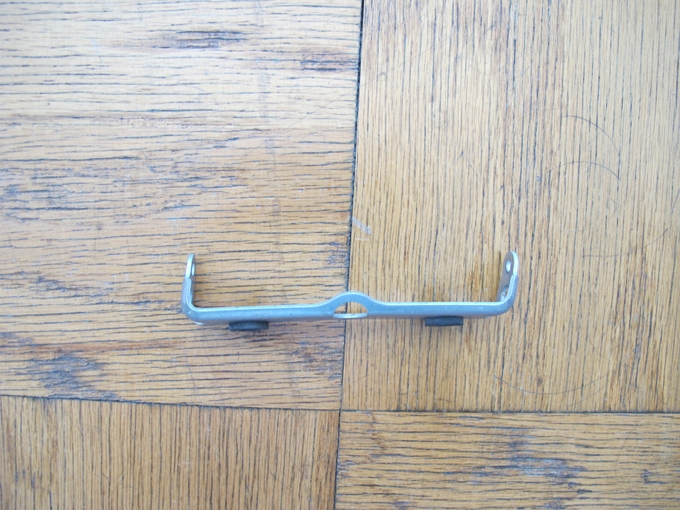 I noticed earlier that the center plate was bent out of shape, although it’s kind of hard to see in this photo. 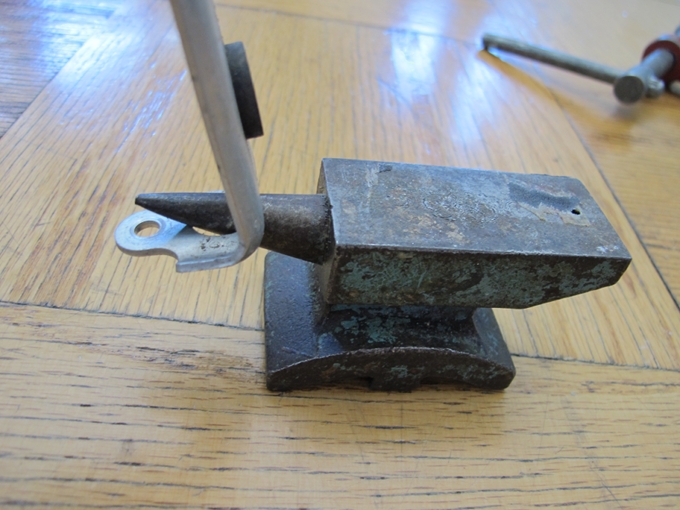 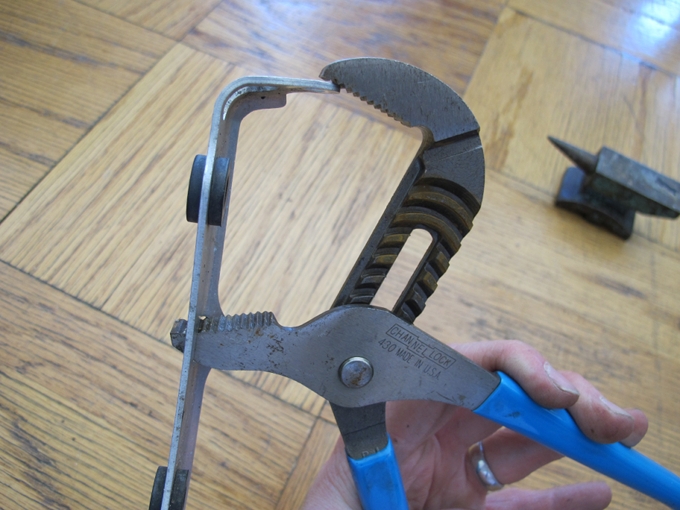 … and slip-joint pliers to straighten the tab that’s bent out. 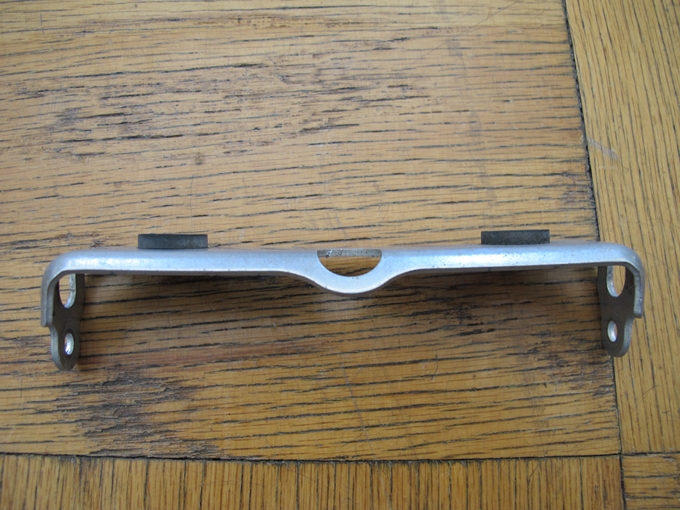 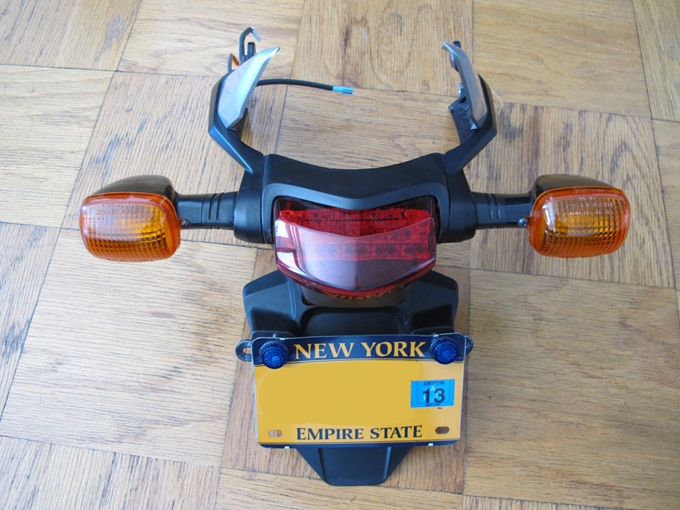 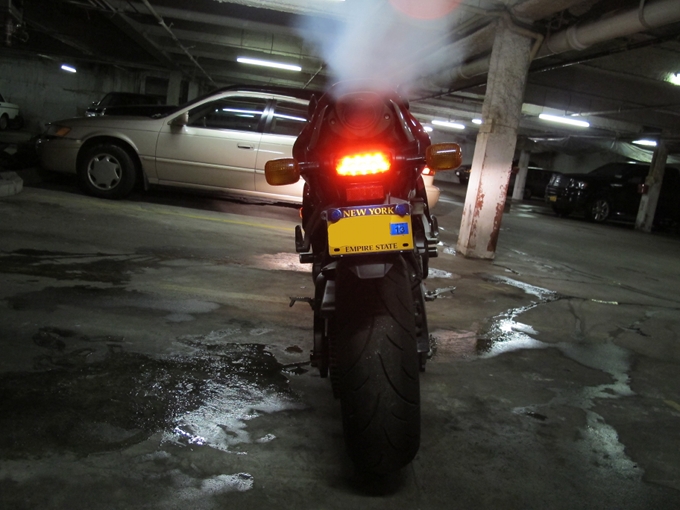 Installation of rear fender A, rear cowl, passenger, and regular seat are in the reverse order of removal. When you’re done, ensure that the running light, brake light, and left and right turn signals work.